Measure what matters with Lambda, TypeScript, and Terraform 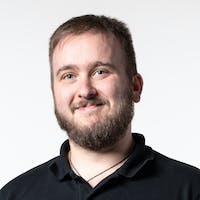 Subscribe to my newsletter and never miss my upcoming articles

Since we started Leapp a few months ago, we wanted to steadily improve our open-source project to engage better all people interested in working fast and safely in the cloud.

But to improve on something, you need to be aware of what you want to improve. So the first thing we noticed was the Insight page inside our GitHub repository. You can find a ton of useful information there, but it's limited to 1 month of data, so my thought was: let's fix that!

What better chance to learn something new? Since the project was simple enough, I decided to take a little extra time to study and research new technologies that could come in handy for future projects. I like to learn new things consistently to keep up with our ever-changing world... and while having fun too!

I wanted to share the whole process and my takeout at the end, so if you're searching for inspiration, I hope you're in the right place!

So, before writing even a few code lines, I want to have a clear overview of how I would build my project. Here's my thought process.

Choosing the framework and language

My drive here is to do some research to evaluate technologies for other projects to use in production. Since this is an easy goal, it's perfect to avoid incurring major technical issues while having the opportunity to dive deep enough to discover any significant flaws I can encounter in the future.

For a few months, I wanted to try out TypeScript and check if the Twitter hype was right for once, while for infrastructure as code (IaC), I never had the chance to research Terraform. In the end, this was an excellent use-case to finally do some serious research and development with a clear goal.

As for deployment and data persistence, I want to use something that I'm confident in; since I'm already adding uncertainty with a new programming language and deployment frameworks, it's better to stop here with the novelty and avoid delays.

For this, I need something inexpensive and with good filtering capabilities since I'm going to query for dates. Moreover, I don't want to pay for idle, so the choice is between DynamoDB and Aurora Serverless. Since I don't forecast to access this data a lot, I think DynamoDB is a better fit. For the filtering part, I learned the hard way that it's always better to devise your queries first; I took some time to forecast what kind of questions I would run to retrieve my data, and i's something like:

It's pretty clear that I wanted all data divided by date, so I designed the table to have the date set as my primary key. Unfortunately, the date range query was applicable only in two scenarios: secondary indexes or scans. But the data I'm expecting to store and search for is tiny, so I can safely ignore the mantra "never use scans" and use the date as my primary key.

Since I want complete automation and daily granularity, the best thing to do is fire off my Lambda on a daily cron job. To maintain the serverless spirit, CloudWatch Alarms is a perfect fit for that.

So, with the final choice, I went with:

Once settled with the whole technology stack, it was time to do some testing and development.

The first thing I did was use the GitHub SDK with Octokit to query for data and start defining the data structure. I will later save this to DynamoDB.

This thing would be as fast as lightning to implement, but I made an encounter with the most dreaded thing of the whole JavaScript engine... the Promise! Octokit only provides a client that could be interacted only with asynchronous interfaces.

Thanks to MDN for the clear explanation.

After that, it was pretty easy. Put await in front of each promise to make them synchronous and extract a bunch of data to store in an Object:

As you can see, I divided the metrics into globals and releases. The first contains all data tied to the repository (Stars, Contributors, Traffic, etc.), while the latter will store all releases versions and the number of times each file has been downloaded.

The writing part was the most tricky... guess why? Again the Promise!

Since I already created the Lambda handler, it took me few attempts to return the Promise to be resolved.

And here, for the sake of completeness, the handler:

Since the handler is a Promise, and the Lambda runtime environment has a wrapper that resolves it, you don't need to wait for the write function to complete before returning it. I'm returning the Promise directly from the DynamoDB put operation.

I know it's pretty dry, but I like to have slim handlers to focus on the business logic without worrying about how they will run in the Lambda environment.

After making everything work on the development side, I went to build and create the infrastructure. I set up everything in a folder named terraform to generate a file for each infrastructure element. Something like:

Since I want to consistently work between the local and cloud environments and always prefer to generalize and reuse my code when possible, I always start by forecasting the variables I need to pass to the function. Since I'm using CloudWatch Alarms to fire off Lambda those variables will be later transformed into environment variables.

I would need the owner and repo to configure the data source and the auth token to establish the connection. Since I'm using Leapp to manage access to the cloud account, I've configured the aws_profile to pick it up from default.

As we have previously seen, I want to populate the variables for Terraform automatically. For this, I think the dotenv project is helpful. Set up a .env file to store your variables and, if there isn't an integration or you're a purist (like me), you can source the file and run any command you want like this: "source .env && terraform plan." It will export all variables, and Terraform will pick them up and assign them to the elements defined in the variables file.

The only downside here was to export manually with TF_VAR prepended to each variable. But you know, it should take about 10 seconds to do that. I think I can live with it. **

Here I put the local variable I will consistently use on my whole stack to avoid repeating them and clog the configuration files.

The vertical, stack and project variables are a 3-tier set of constants used to group and identify projects by name. I have defined a composite variable named full to avoid composing the full project name in the locals file.

Moreover setting the tags like a dictionary let me use them directly as a variable and forget completely about them, but still have them consistent.

I'm cheating a bit because I had already set up the DynamoDB table with Terraform... but it's really tiny so let's just ignore that. As you can see, the tags variables it is really handy!

Here I'll break down things a bit to better explain.

The archive files are just zip files that contain the function and the node_modules folders. The main things to notice here are:

The function again is pretty primary. As you can see, I have referenced the data archives containing the Lambda and the lambda layer resource name. I added the environmental variables to let me configure the function from Terraform. If I need to deploy this to track another GitHub repository, I only need to change the variables in the .env file, and everything will run the same.

TypeScript is a potent language. I've always had some problems with JavaScript and its lack of types, and with TypeScript, it feels like a complete experience. I still need to wrap my head around the async/await paradigm and Promise class on the downsides. It's not that they don't work, but, in my opinion, it adds unnecessary overhead while programming. Since TypeScript was an extension of JavaScript, which was designed for asynchronous operations and frontend, I think it's normal to shine in these environments. For backend, synchronous operations, and scripting, I think there are better choices.

Terraform was mind-blowing. What I conservatively forecast to take at least a day to get up and running was done in about an hour. The tooling was great, the documentation was clear, many examples around the internet and on the git repository... what more could I have to ask for?

There were some minor inconsistencies with the state management, though; just once something went wrong and generating the plan threw an unrecoverable error (probably due to my inexperience). In the end, I resolved pretty quickly by tearing all down and re-creating it, so no-big-deal.

And what about metrics?

After some research around the best metrics to track for open-source projects, I set everything up to save:

The idea was to get an overall feeling if we are sparking interest in other people and contributing with code or just with issues and enhancements. Those metrics proved very useful and gave us some insight, but after few months of running and reviewing them, we feel that something is missing along the lines.

Nonetheless, I'm happy we started collecting those metrics and weekly review them.

It's the drive to do better and improve our community and project.